Outsmarting Online Giants in the Retail Landscape: A Solution for Your Business 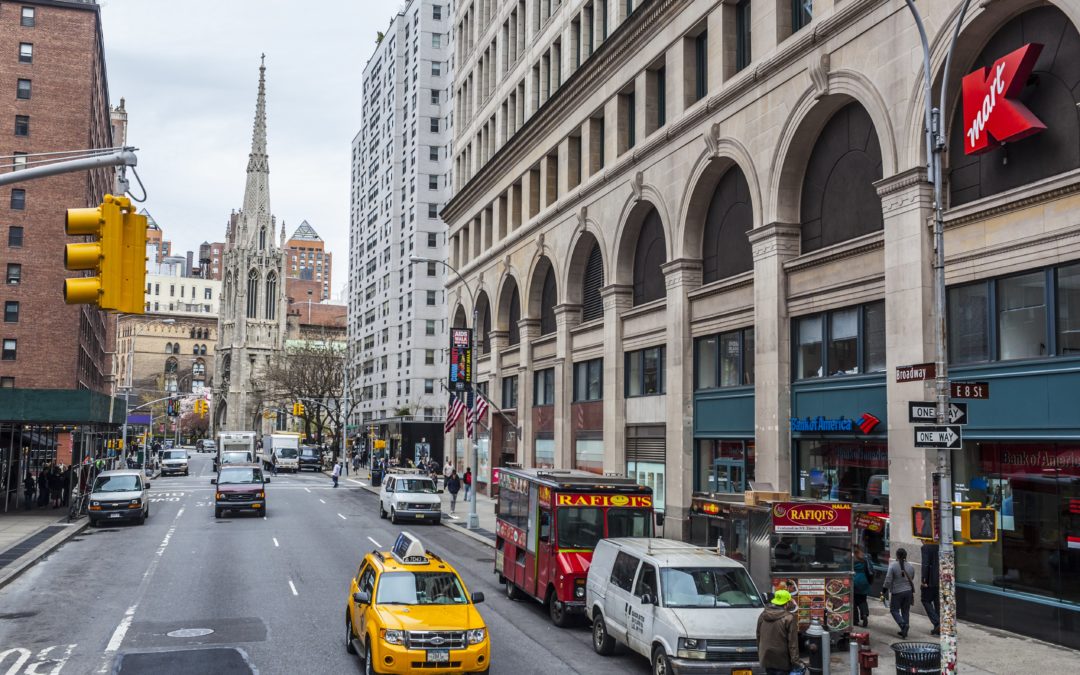 According to reports, retail businesses are dropping like flies because of the new internet landscape. Some call it a “retail apocalypse.” All businesses, retail or not, need to be prepared. Here’s what you can do to not only survive but flourish in these times.

Unless you have been living alone in a cave these last couple of years, you have undoubtedly heard the staggering news about how retail businesses have been filing for bankruptcy because of the ever-growing internet landscape.

With $233 billion in sales last year, some have declared that Amazon might be contributing greatly to the fall of many retail giants.1

A recent online headline exemplifies this grim forecast for retail businesses: “Here’s A List Of 57 Bankruptcies In The Retail Apocalypse And Why They Failed.”2

The article goes on to list the companies that filed for bankruptcy in the last 36 months. At the top of the list is the now famous Sears filing. The article describes it this way:

Other retail giants on the list include Toys R Us, Mattress Firm, Vitamin World, Radio Shack, Sports Authority and many more.

With such alarming news, any businesses owner is likely to lose some sleep, whether retail or not. Retail sales are the bottom line for all businesses.

So, how should you react to this disaster? Especially (and this is important) . . . especially if YOUR business has experienced a few slumps recently? Now that you have the “proof” that you’re not the only one hit by the “apocalypse,” how do you protect your business from going down the chute?

Well, if you’re smart, and you want to not only survive but flourish, your best course of action may be to simply . . .

But wait, you can’t ignore an “apocalypse” coming your way! Right?

Again, you have “proof” that things are bad. Your business has hit rough times not unlike those long-standing successful businesses that are in bankruptcy court. Why would you be so dense as to not see all these bankruptcy filings as a potential harbinger of things to come for your own business?

Why? Because the bad news about all those bankruptcies is mostly designed to scare you, to twist you in knots, to throw you on your knees in desperate prayer; but mostly, the alarming headlines are designed to get you to read the articles that promote gloom and doom.

The truth is, the number of business bankruptcies in the US through 2018 is at the second LOWEST point since 1980.3

The problem we all fall prey to

Our business is not doing well. We may not know exactly why or may not be willing to admit why. Then we catch wind that other businesses are struggling, and that becomes the answer to our business struggling.

Hearing that other businesses are failing may give us a sense of relief. “At least it’s not just us,” we think. But alas, that short-term reprieve from guilt doesn’t last, as your business does not improve because it attributes the CAUSE of your lower statistics to the “retail apocalypse.”

L. Ron Hubbard had a name for this sort of finger-pointing at the wrong cause. He called it Statistic Rationalization. The definition of rationalization is “the action of attempting to explain or justify behavior or an attitude with logical reasons, even if these are not appropriate.”

On February 8, 1968, Mr. Hubbard wrote an article on Statistic Rationalization. Here’s some of what he said:

“‘Rationalizing a statistic’ is a derogatory term meaning finding excuses for down statistics.

“Finding excuses or reasons why a stat is down does NOT bring it up and at best is a scathing comment on the lack of foresight or initiative of the executive in charge of the area.

“What is wanted is (1) prevention of statistics going down and (2) quick action to bring them up.

“Being reasonable* about their being down should be regarded as AGREEMENT WITH THEIR BEING DOWN.”

The above quotes don’t give any wiggle room for excuses. This may seem hard-core, even harsh, but as any successful businessperson will tell you, it’s the mindset one needs to have in order to survive.

Was it the fault of Amazon and the changing retail landscape, caused by the internet, that drove nails in the coffin of Sears, as just one example?

According to a report from CNN Business online magazine: “Instead of changing to meet the new reality, it took a step backward, merging with another troubled retailer Kmart, to form Sears Holdings.

“Its new CEO, hedge fund operator Eddie Lampert, thought he could turn around both companies simply by cutting costs and selling the real estate where underperforming stores were located. Sears and Kmart had 3,500 U.S. stores between them when the deal closed in 2005. When the latest round of store closings is complete, the company will be down to about 1,000 locations total.

“The mistake Sears made, say experts, was failing to invest that savings to rebuild the business.

“The company that invented at home shopping more than a century ago squandered an opportunity to become a major player online.”4

Although the online “retail apocalypse” might have contributed to Sears’ demise, and to that of other retail businesses, it was far from the entire story.

On the bright side, many U.S. retail businesses are flourishing despite the .com takeover. Walmart’s U.S. sales, for instance, were up more than $10 billion in 2018 over 2017.5 Costco, another company similar to Sears, was up more than a billion dollars in 2018 over the previous year.6

What you can do: First, don’t fall for incorrect, alarming bad news. Secondly, if stats are down, confront your business with eyes wide open; don’t accept Statistic Rationalization from yourself or anyone else; instead apply foresight or initiative to improve the situation. No excuses—just get the stats up.

*Being reasonable: Trying to make illogical information or situations seem logical by imagining, inventing or being willing to accept false reasons to explain them.