Innovation & Invention—from the Himalayas to Detroit 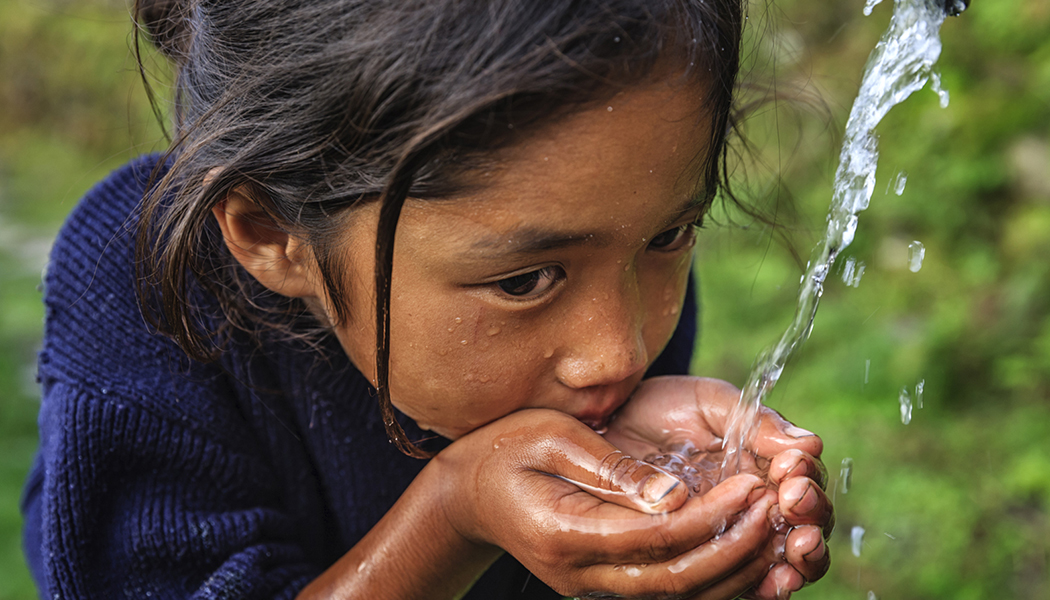 In India’s far north, a story emerges, one of a personal quest, ambition minus arrogance, unlimited energy, life-giving water, and a will to make the world a better place, soundly and economically.

The unpredictable and cynical age in which we live requires a new level of organizational know-how, unprecedented in human history. There exist key ingredients to effective organization, among them honest observation, effective planning, and, as it turns out, a certain degree of humility. One man’s unique story illustrates just how far these basics can potentially take you.

In an article from September 14, 1969, titled “THE KEY INGREDIENTS,” L. Ron Hubbard wrote:

“The purpose of organization is TO MAKE PLANNING BECOME ACTUALITY.”

“Status seeking, the effort to become more important and have a personal reason for being and for being respected gets in the road of honest efforts to effectively organize in order to get something done, in order to make something economically sound.”

“It is not man’s dreams that fail him. It is the lack of know-how required to bring those dreams into actuality.”

He breaks down “the exact most basic steps that comprise administration” as OBSERVATION, PLANNING, COMMUNICATION, SUPERVISION, PRODUCTION and USERS.

He describes the first step:

“First is OBSERVATION. . . . Observation in essence must be TRUE. Nothing must muddy it or color it as this can lead to gross errors in action and training.”

We’re told to observe or think differently without being enlightened as to how.

“Think outside the box” is a common business mantra, but too many people are still in the box, even when they think they’re outside it. The idea strikes a chord. Apple had an ad campaign about it, “Think Different,” which they emulate to this day. And when notable or “ordinary” minds think or act differently, even inadvertently, the stories can be extraordinary.

Manoj Bhargava made the Forbes’ billionaire list due to the overwhelming success of his company. He is the founder of 5-Hour Energy, the omnipresent two-ounce bottle of caffeine (about as much as a cup of coffee) and B vitamins on the shelves of gas stations, convenience stores and Walmart checkout lines across America. Launched in 2004, the company was selling nine million bottles per week by 2011.1, 2

To put it in contrast, of the top ten two-ounce energy shots on the shelves, 5-Hour Energy commands over 90 percent of the market with $965.8 million in yearly sales.3

Bhargava is not your typical entrepreneur (if there is such a thing). Born in 1953 in Lucknow, India, a cultural center 100 miles from the Nepalese border, Bhargava immigrated to the U.S. as a teenager. A math whiz, he enrolled in Princeton University but dropped out after one year. He then spent the next twelve years traveling throughout India pursuing Hindu spirituality as a monk. “It’s the closest Western word,” says Bhargava of the title.

After returning to the U.S. and eventually hitting the big time with 5-Hour Energy, Bhargava embarked on a unique path in what could be considered a continuation of his spiritual quest. He has pledged to give away 99 percent of his fortune, but not in the traditional philanthropic sense.

The Way of Innovation

Bhargava started the Billions in Change movement, for which two documentary films have been made.5

Billions in Change includes Stage 2 Innovations, a massive invention shop located within the ten-building, 25-acre base of 5-Hour Energy in Farmington Hills, Michigan, part of suburban Detroit. There his team of inventors and engineers work on solutions for the poorest parts of the world.

The shop’s mission, says Bhargava, is to “invent stuff that makes a difference in other people’s lives” and “help the poorer half of the world make their lives better. That’s what we define as a great invention.”

He elaborates, “If it doesn’t make a big difference, find something else to do. If it doesn’t make us money but it really changes the lives of people, we’re going to do it. . . . And if you come up with something cool that’s not [useful], we don’t do it. I have no interest. I don’t want to be cool.”

“My job, I think, is to make complex simple,” Bhargava says.

Somewhere on the order of three billion people do not have power or have limited power. It’s a complex problem, but Stage 2 has developed innovative yet simple solutions for areas with limited infrastructure.

Stage 2 developed a hybrid bicycle pedal-and-power-generation device called the HANS Free Electric, designed to go into any home. With one hour of pedalling, a person can provide electricity for the home for 24 hours, for free, with zero pollution.

The team created the HANS PowerPack, a lightweight generator made for homes that lack electricity, compatible with a set of portable solar panels called the HANS Solar BriefCase. The device includes onboard lighting, USB, and a 12-volt outlet for running electronics.

Taking a cue from Nikola Tesla, Stage 2 is working on power cables made of graphene to pull energy out of the earth’s mantle. Graphene, a superconductive form of carbon regarded as the strongest material in the world, is lighter than air, stronger than steel, and a better conductor than copper.6 The project aims to produce cables that pull power from the limitless energy source that is the earth itself.

“This would be the greatest invention, maybe ever,” says Bhargava. “Because if you can get unlimited energy from beneath the earth, pollution-free—that’s everything.”

It is estimated that 780 million people worldwide do not have access to clean water and that more than 50 percent of hospital beds around the globe are occupied by people who became sick from unsafe water.7

Stage 2 developed the RainMaker for Brackish Water filtration unit. The device removes the salt from brackish (semi-salty) water, making it suitable for human consumption. Intended for use at the village level, it attaches to a well and starts cleaning water at a rate of 5 to 10 gallons per minute.

The RainMaker for Grey Water is built to purify any type of dirty water—river water, bacteria-filled water, well water—making it fit to drink. The device purifies up to 8 gallons per minute and includes a manual pump if electricity is unavailable.

The team has been working on deployment of the RainMaker unit for desalination of seawater, which could exponentially increase clean water distribution worldwide.

Stage 2 also developed a soil-fertilization system called Shivansh Fertilizer, which has spread at a grassroots level to 40,000 farms in India.

Bhargava’s foundation built a 150-bed hospital near the Himalayan town of Satpuli, about 300 miles from his hometown.

In the ancient city of Hardiwar, not far from the source of the holy Ganges River, the foundation runs an eye-care program that has treated 70,000 patients, while a four-acre eye-care center is under construction.

“The question is how do we save a billion lives?” asks Bhargava. “Lights, clean water and nutritious food are the foundation of health, education and livelihood. Without them it’s impossible to live a productive life and care for your family.”8

In the article referenced above, Mr. Hubbard closes with these words:

“Organization is actually a simple subject, based on a few basic patterns which if applied produce success.

“If one would dream and see his dreams an actuality, one must also be able to organize and to train organizational men who will make those dreams come true.”

You don’t have to be a billionaire to learn how to “think outside the box,” to be innovative, to achieve prosperity.

It starts with you and your administrative skill.

You can change conditions, maybe even the world.

After all, it’s your world.